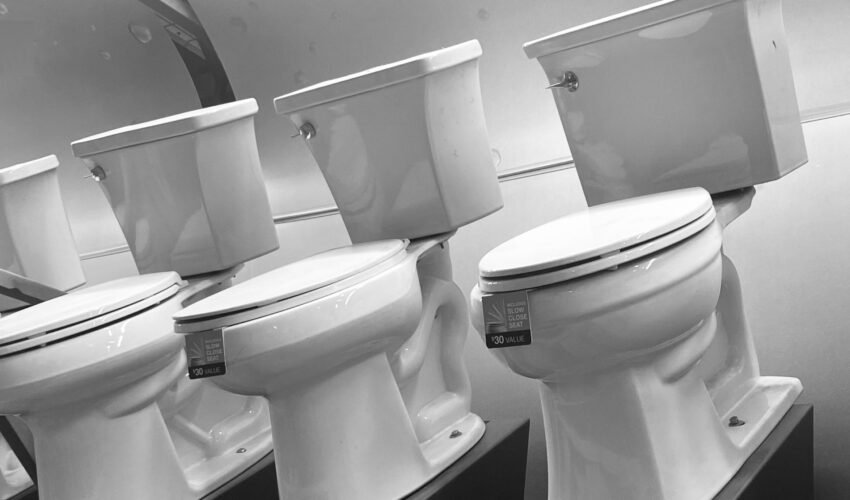 Toilets are one of the most frequently used—and often, underappreciated—fixtures in a home. When the time comes to replace a toilet, you may intend to just buy the first one you see. But not all toilets are created equal; whether you value ease of installation, smooth flushing, longevity, or something else, there’s a toilet that’s just right for you. From function to style, below we break down the key considerations you’ll want to keep in mind the next time you purchase a toilet.

There are two main components to a toilet that can significantly impact its function—the flush valve and the trap.

Most standard toilets have either a two-inch or three-inch flush valve. The flush valve is attached to the bottom of the tank, and when the flush handle is pressed, it opens to allow fresh water to enter and fill the toilet bowl.

While either size flush valve will work, the larger the flush valve, the stronger and more reliable the flush will be. This helps ensure that you won’t need to double flush, meaning less water used overall.

A trapway is the path within a toilet from which waste moves from the bowl to the sewer line. Glazing the trap smooths the trap’s surface, providing less friction so that the waste doesn’t stick on the way down. A glazed trap can also help improve a toilet’s flushing power.

It’s important to select the right size toilet for the space you have available. Before you head to the store, measure the dimensions of the space where you’re installing the toilet, being sure to leave a few inches of clearance on each side. You may also want to consider whether the toilet you’re removing fits well in the space and then look for a toilet with similar dimensions.

Speaking of comfort, the height of your toilet also matters. In the past most toilets were on the shorter side. Overtime, taller toilet seats, formerly known as ADA toilets, rose in popularity due to their comfortability. Figure out which height you prefer before making your purchase decision.

The style of toilet you select can impact more than just the look of your bathroom. Take skirted and non-skirted toilets for example:

Skirted toilets have a sleek, streamlined appearance with an apron that conceals the trapway. These toilets don’t have exposed bolts or a wide base, so they are more difficult to install. It’s easy to keep the outside of a skirted toilet clean—no nooks and crannies where dust, dirt, and debris can hide. 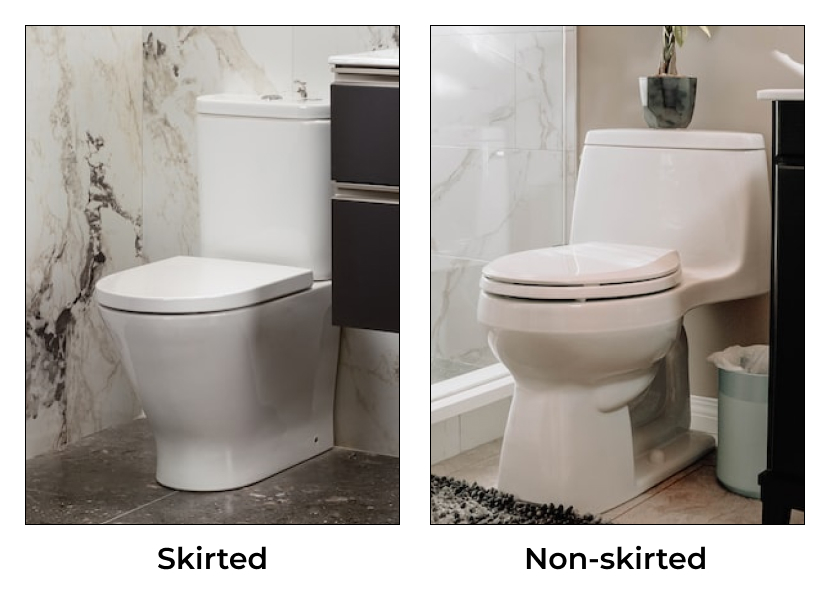 It’s important to get a nationally-recognized toilet brand. This will ensure that parts are more readily available and less expensive. Additionally, name-brand toilets usually have less problems. Do your homework, and as a general rule, you’ll want to stay away from the store-brand toilets sold by big-box stores.

Now that you know what to consider, you’re one step closer to selecting the toilet that’s right for you. Want to make sure your toilet is installed properly and holds its seal for as long as possible? Call North East Air Conditioning, Heating and Plumbing today! Our plumbers are ready to install the toilet of your choosing and help out with any of your plumbing needs.